I could be unraveling wherever I'm traveling, even to foreign shores. 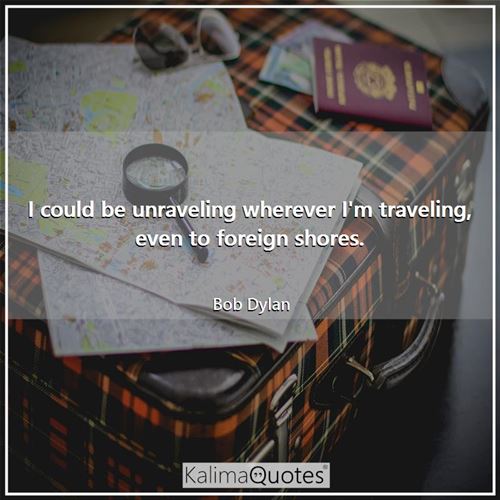 I'm not a playwright.

Don't get up gentlemen. I'm only passing through!

Having these colossal accolades and titles, they get in the way.

Experience teaches us that silence terrifies people the most.

Dostoevsky, too, had lived a dismal and hard life. The czar sent him to a prison camp in Siberia in 1849. Dostoevsky was accused of writing socialist propaganda. He was eventually pardoned and wrote stories to ward off his creditors. Just like in the early '70s I wrote albums to ward off mine.

Little red wagon, little red bike, I ain't no monkey but I know what I like.